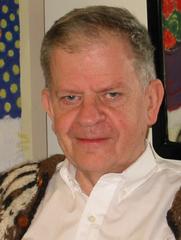 Richard Askey died on October 9, 2019 after a short illness. He joined the UW Department of Mathematics in 1963 and retired in 2003 after 40 years of service.

Dick was a member of the National Academy  of Sciences and a Honorary Fellow of the Indian Mathematical Society.  He was named Gabor Szego Professor of Mathematics in 1986 and was awarded a John Bascom Professorship in 1995. He had 13 Ph.D. students,, but his influence went far beyond his students. Professor Askey was passionate about mathematics and mathematics education. He excelled in research, teaching, and service to the university and to the mathematics community. He was once described as a `national treasure.’